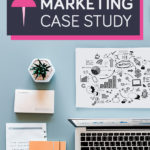 Raise your hand if you’ve ever felt like you’re randomly pinning stuff and hope it helps you with those two goals we mentioned above? ✋

Pinterest marketing is an oft-discussed topic. Search Google and you’ll find plenty of recommendations, best practices, and how-to guides for cracking the Pinterest code and bringing loads of traffic to your website.

However, from a true data standpoint, Pinterest is pretty locked down. Getting real numbers about how real people use the platform is pretty tough, if not impossible. The Pinterest API simply doesn’t provide the data needed to make big conclusions about what works and what doesn’t.

So how do you know what really works?

We love providing real data and actionable tips for our customers.

Pinch of Yum, the sister site to WP Tasty, started publishing income reports way back in 2011 as a way to share what they learned about earning an income from a food blog. Those income reports have helped thousands of people grow and monetize their blogs.

This case study is a collaboration between Pinch of Yum, WP Tasty, and Simple Pin Media.

Who is involved in the case study?

We’ve operated in close proximity to Simple Pin Media for a few years now – Kate, SPM’s founder, is the Pinterest Expert on Food Blogger Pro. When it comes to really understanding the guts of Pinterest and making Pinterest marketing work, the Simple Pin Media team is the best place to go.

Pinch of Yum is a sister brand of WP Tasty. In fact, Pinch of Yum is where it all started! Pinterest is the #2 traffic source for Pinch of Yum, right behind Google, so it already has a good base of Pinterest traffic. This will be helpful in seeing what tactics really make a difference outside of initial growth.

The Pinch of Yum Pinterest account has previously been managed in-house, but we’re handing the reigns over to the Simple Pin Media team for a few months to see what kinds of changes they make and techniques they use.

That’s us! We’re the creators of a tool called Tasty Pins that helps Pinterest marketers do their job well. We want to learn how our customers can best use Tasty Pins and other Pinterest features to really grow their Pinterest accounts. And we want to share everything we learn with you!

What are we looking to learn?

This question can be broken down into a few parts:

These are some heavy questions that are going to take a lot of research, testing, and analyzing. We’re excited about everything we have to learn, and we can’t wait to share our newfound knowledge.

Where are we starting?

When starting a case study, it’s important to establish a baseline for the object of study so you can measure changes against that baseline. Fortunately, that’s the first thing the Simple Pin Media team does when they take over an account.

Because web traffic can vary drastically depending on the time of year, it’s important to look at a relatively long sample size when getting a baseline for Pinterest. The Simple Pin Media team gathered some stats for Pinch of Yum’s Pinterest performance during 2018. You can get the spreadsheet here, or just check out the screenshot below:

Pinterest Impressions are the number of times any image that links back to Pinch of Yum was seen by users on Pinterest. The Simple Pin Media team doesn’t put too much stock into impressions, but it does give us a little bit of interesting information, which we’ll discuss in a moment.

What do these numbers mean?

While this information is going to mostly be useful as we compare the 2019 numbers and look for the effects of our Pinterest marketing changes, I also noticed some interesting things looking at these numbers alone.

For instance, in the month of September, Pinch of Yum Pinterest sessions went up 7%, but impressions and saves on the Pinterest platform itself were actually down 13% and 14%, respectively. This gives a couple useful nuggets:

#1 is interesting to me because I primarily use Pinterest when I’m looking for something specific in a specific moment in time. But with these numbers, it’s obvious that not everyone uses Pinterest in the same way, and that it really is used for saving ideas for later.

#2 is also interesting, but not surprising. It’s well-known that seeing a return on your Pinterest time investment can take up to 6 months, but seeing some hard data like this really helps drive the point home.

November 2018, on the other hand, was the opposite. Traffic from Pinterest was down, but impressions and saves were way up – another indication that people were stocking up ideas, potentially for the upcoming holidays.

These numbers are huge!

Yep, they are. Pinch of Yum is an established website with a fair amount of traffic. If your website is newer or not quite as established you may be experiencing some sticker shock.

Showing the actual numbers helps “validate” these results, so we’ll continue doing so. However, it’s best to pay attention to the changes we’re seeing, not the raw numbers. We’ll do our best to call attention to these changes throughout this series.

What’s coming up next?

Because of the time it takes for changes on Pinterest to really trickle down to measurable traffic, we’re planning on keeping this case study going for six months to one year. We’ll post updates monthly on the progress and things we’re learning.

We’ll start off next month with the best practices the Simple Pin Media team recommends and how we’re implementing them on the Pinch of Yum Pinterest account.

What questions do you have?

One of our goals with this experiment is try and get data around some common questions related to Pinterest, so respond in the comments with the following:

We’re excited to learn with you!