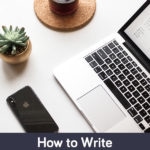 As a food blogger, images are a big part of what you do. You spend hours taking the perfect shots, editing them until they look just right, and finally spreading them across the internet so people can see just how fantastic that chocolate chip cookie of yours is. Images are a big deal! 🖼️

What you might not know is that your images can be an SEO powerhouse, too. Each image on your website can give search engines a little bit more information about what is on your page, which helps them properly index your pages in search results. How can your images do this? They do it with a special image attribute called the alt text.

What is the alt text?

The alternative (alt) text is, simply, a descriptor for an image. It was originally, and still is, designed to help the visually impaired know what's on the page. When a screenreader comes across an image, it'll read the alt text for that image to describe what is in the image for the person using the website. It's a really handy thing for those who aren't able to actually see the images to know what exists on the page.

When Google started indexing images, they used the alt text to understand what was in the image and to index it properly. And voila – just like that, images became a factor for SEO.

If you're a WordPress user, you can add alt text when you insert an image using this field: 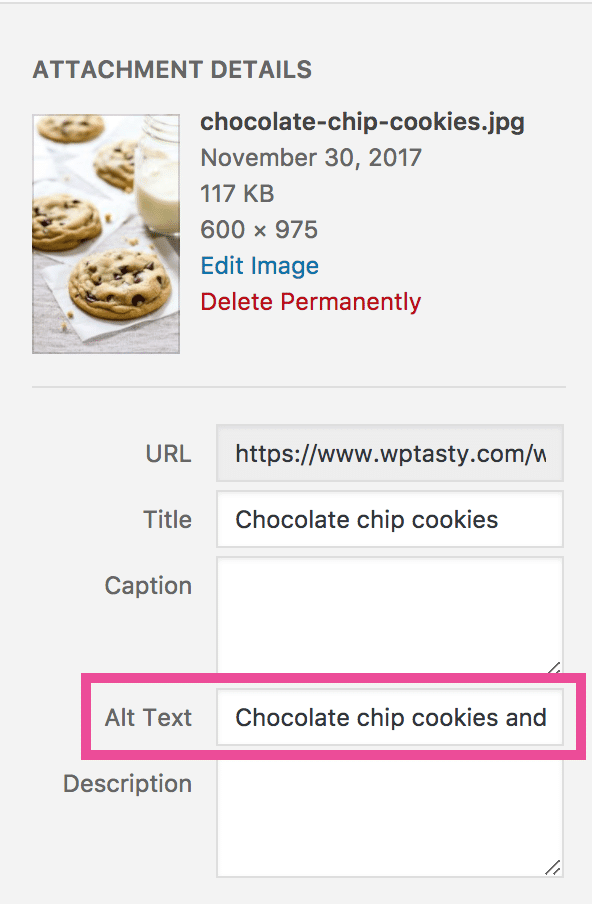 Does the alt text really matter?

Yes! Aside from just wanting to provide a good experience for everyone, including the visually impaired, the alt text gives you three bonus points for SEO:

Let's talk about that third one there for a second.

Have you ever used Google Images to search for a recipe?

I recently did. I wanted to make some blueberry muffins, but I didn't want just any ol' blueberry muffin. I wanted a muffin that rose up nice and high, had big patches of blueberry, and, most importantly, had a good deal of crumble on top.

In this situation, Google Images was a much better search avenue for me on my muffin quest. I didn't really care how long it took to make the muffins, or how many calories each muffin had (all information that can be shown in the regular search results). Instead, I wanted a muffin that looked a certain way – and Google Images helped me get there. 😋

So how do I craft great alt text?

After all this, it might sound a little silly, but a great alt text is simply one that describes the image well. A short sentence that's just long enough to tell your readers (and search engines) what's going on in the image. Let's take a look at some examples. 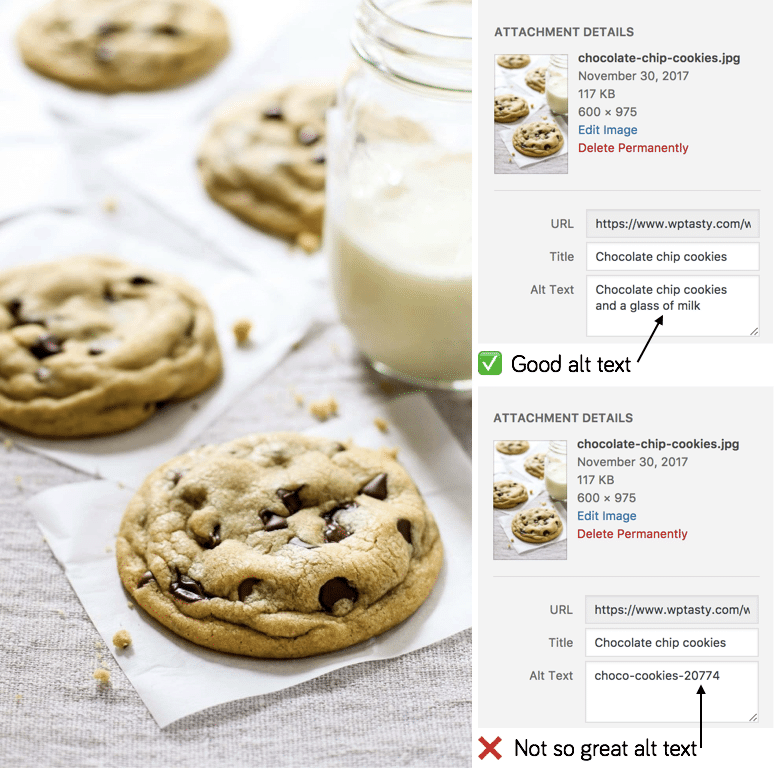 This alt text isn't great because it doesn't really describe the image. Instead, it uses some random text that was maybe the file name, or maybe something else. A great alt text describes the image well. 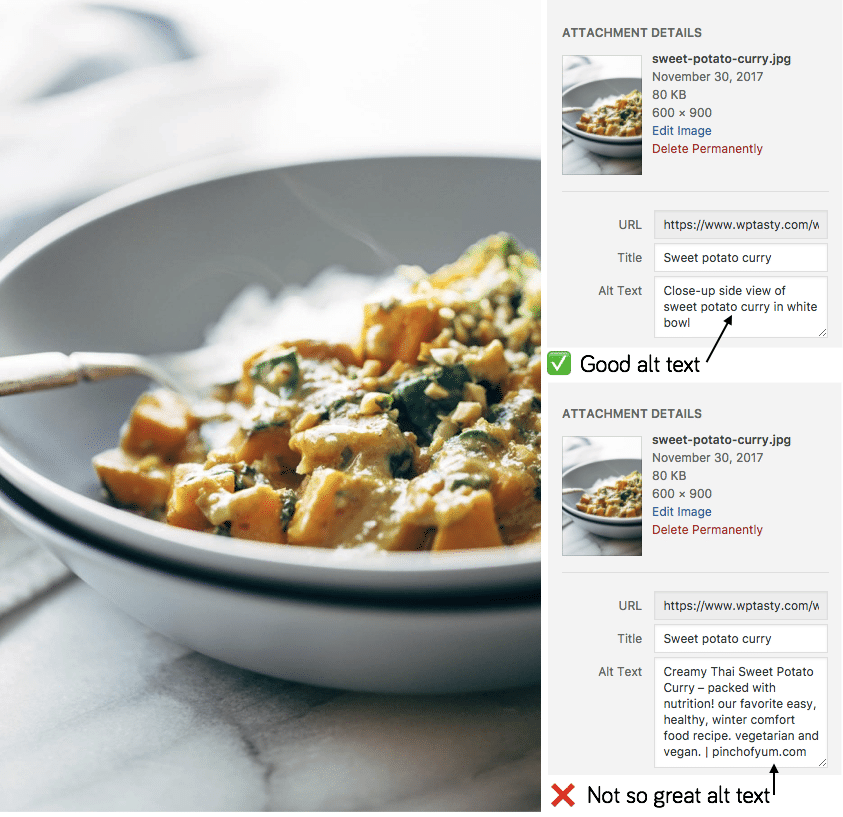 This is a not so great alt text because it's an alt text that is created for Pinterest. It's describing why the recipe is great, which is an incorrect use of the alt text. It should describe what the image is about. Also, while including the URL of your blog in the alt text might be a good idea for Pinterest, it shouldn't be included with the alt text.

However, that left those with visual impairments in the dust because most of the time those descriptions described the recipe, not what was actually in the image (which is what the alt text is actually for). In addition, the page SEO wasn't as good as it could be because bloggers were forced to choose between Pinterest optimization and SEO. So what's a blogger to do?

We realized that this choosing between optimizing for Pinterest or SEO was a problem. So we decided to make a solution – Tasty Pins! Tasty Pins gives you separate fields for the alt text and for Pinterest text. With Tasty Pins, your images will be indexed properly by search engines and will be useful for the visually impaired, and will also have optimized descriptions for Pinterest, too! It's a win-win situation. 🎉

The alt text is an attribute added to an image's HTML that describes what appears in the image. Adding optimized alt text to your images makes your blog more accessible for the visually impaired and also gives your blog an SEO boost. 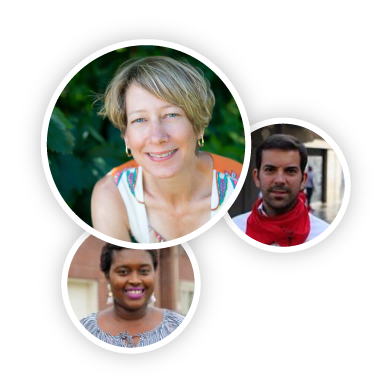 The benefits of publishing roundup posts

Have you heard the latest news? We recently added the newest addition to the WP…